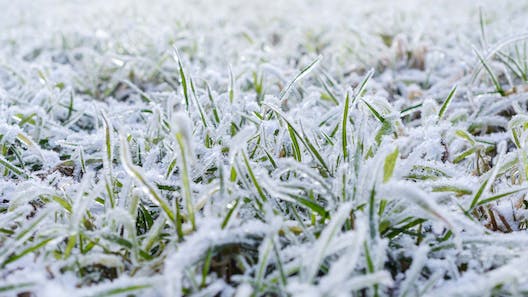 Frost, Freezing and Snow on the Lawn

Frost by itself doesn’t cause any real damage. It’s only when you walk on it the damage occurs. Walking on a frosty lawn causes the frozen grass leaves to fracture. When this happens the frost ruptures the leaf cells seriously damaging the leaves. The effect is that ugly disfiguring foot prints form in the lawn and stay for quite some time.

Though the grass doesn’t suffer long term damage keeping off the lawn in frosty weather is beneficial particularly if the lawn is a feature of the garden. You may need to have a diplomatic word in the postman’s ear!

Freezing conditions with or without frost and snow can cause the surface of the lawn to ‘heave up’ in response to water in the ground freezing and swelling. This can be particularly bad if you’ve hollow tined very late (too late) in the year.

Under normal conditions there is nothing you can do to prevent it but be prepared to give the lawn a light rolling in dry conditions in the spring to flatten the raised areas. Ensure worm casts are thoroughly dispersed before rolling.

Snow on the Lawn

Snow itself is generally not a problem but a fungal disease called snow mould (a variant of fusarium) can occur once the snow thaws. This will often happen in unusually dense areas of snow normally where a snow man has spent some time or if you’ve cleared the path or driveway and chucked the snow on the lawn! You’ll know not to do that next time because snow mould can kill the grass!!

If you’ve got kids and snow you’ll get snow men. Not necessarily the best thing for the lawn but hey, it’s loads of fun!

Pre-Winter Treatments to Protect the Grass 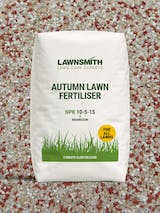 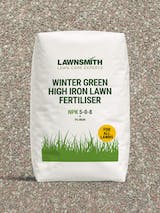 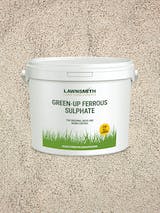